coWPAtty Package Description. Implementation of an offline dictionary attack against WPA/WPA2 networks using PSK-based authentication. Following way is my way and I found it extremely efficient and fast during my tests for Cracking Wifi WPA/WPA2 passwords using pyrit cowpatty. May 10, by Keith Bennett | Wireless Assessment Tutorials · 11 – Using coWPAtty and genpmk to speed up the WPA/WPA2 cracking.

Some people just wait for a computer to connect.

Youll need an adapter to capture the handshake, but once this is done the cracking is done locally by hashing passwords with the SSID to generate handshakes to try to find a match for the one you captured – this process doesn’t transfer any data to the router. Yeap it’s in KALI as well, might want to swap it out for rockyou. Hi, It is saying you are not typing path to word list correctly.

BTW my backtrack 5 don’t have the tool bar. Vinicio April 11, at 7: If not, use another dictionary file. Could it be this websitenotmobile friendly? I Don,t think so but how can Cowpaty do that???

BackTrack will provide you a brief help screen. Later I might wish to add a 2nd essid Wi-Fi name.

You should use whatever file you created in Step 4 to hold the hash. CyBeR February 14, at Now that we have the hash of the password, we can use it with cowpatty and our wordlist to crack the hash.

I added a 10, word dictionary to Pyrit. This site uses Akismet to reduce spam.

Wow bet that was irritating.?! Mayi Boya February 20, at 1: Live pae Just a few seconds after the command, “airmon-ng start wlan0”, both the modem and the network broke down and I couldn’t progress past the first step.

As far as I can tell you have have your phone jailbroken to even attempt it and mine isn’t. Other people send DEAUTH packets to kick them off the wifi, and then they automatically connect again, at which time you will capture the handshake. Is there a way to crack passwords without a word list?

I have a Sony Vaio F Series: And i am using a really large wordlist which contains 96 crore passwords. Make sure the wordlist is properly formatted with no stray CR, LF, etc. D-Mub December 16, at 7: Can you tell me what is wrong with it, please. Look in the pcap folder and run the last cap i. This is a newbie question, but here goes: You could make rainbow tables for the target but again its a Time Trade off.

Check them out here. In that case, we need to generate our own hashes for our target SSID. I use Aircrack cow patty’s twin on Arch Linux without any problem. KaliHacker December 15, at 3: Try using a different capture. 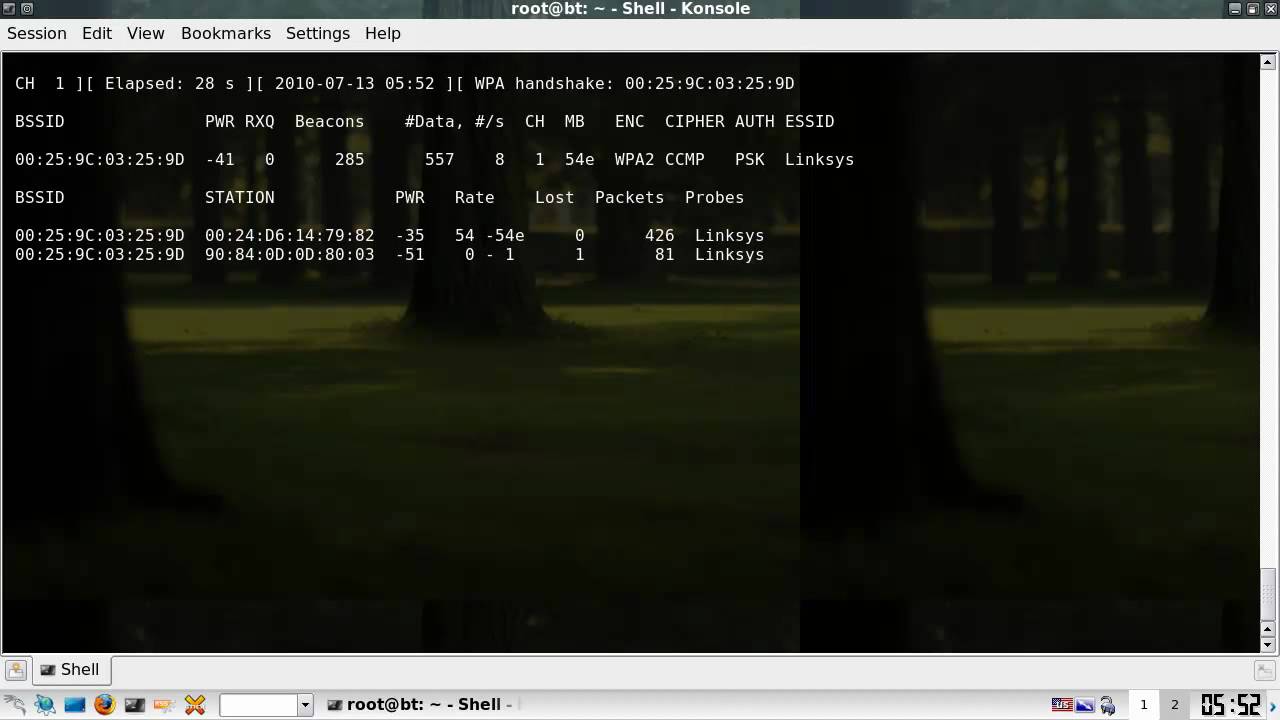 However luck and old hardware will be on your side sometimes. I dont understand your step 6, when we have to run cow patty you have written: Once we have generated our hashes for the particular SSIDs, we can then crack the password with cowpatty by typing:. As long as I remember, Crunch generates. Make Your Own Hash Although running cowpatty can be rather simple, it can also be very slow.

I used this very nice tutorial and it worked for me but i faced some problems 1. Since I’m new to this I’d like to ask: That word list is the Human CS cowpayty you are gonna need to chop it up a bit with put it youur home folder then: Next, we need to start a capture file where the hashed password will be stored when we capture the 4-way handshake. We generate cowatty files for that particular ssid and it does about hashes per second on tutorila laptop. D-Maub December 15, at 3: